It’s 2009. A 25-year-old Steven Carse (recently laid off from a cushy job at AIG) crashes on his brother’s couch, saving money to start a gourmet popsicle business. He’s inspired by the cool handmade Mexican treat known as the paleta, which the Carse family fell in love with during travels to Latin America. And since $6,000 in startup cash won’t quite cover the costs of a storefront, he launches the old-fashioned way: by pushing a single (used) pushcart with a rainbow umbrella to an Atlanta street corner. 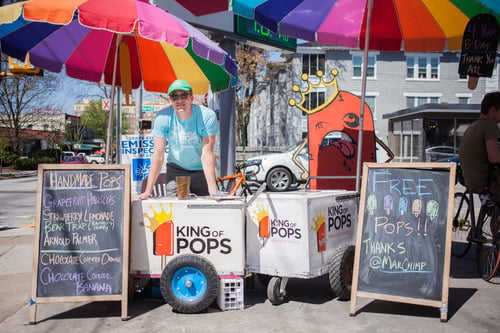 Soon, King of Pops -- and its ever-evolving roster of flavors handcrafted from locally sourced ingredients (think Chocolate Sea Salt, Pineapple Habanero and of course, Fresh Georgia peach) -- earns a loyal cult following, which spreads via Facebook and Twitter. Steven's middle brother Nick, a lawyer, agrees to quit his job and work on King of Pops full time too.

This irresistible startup story lands Steven and Nick in publications from Bon Apetit to Fast Company; more importantly, it captures the attention of thousands of Atlanta residents who line up eagerly for a taste of summer.

Today, the company has 24 full-time and 90 part-time/seasonal employees, three test kitchens and locations in seven U.S. cities; Carse projects that sales in Atlanta will top $3 million for 2014 (plus approximately $1 million combined from their six satellite locations). Growth is steady, but thoughtful.

The question is, how do you develop the kind of brand magic that leads your customers to write Yelp reviews like this: "I'm fairly confident I would barter my body for a Banana Puddin' Popsicle from King of Pops"?

BE APPROACHABLE, STAY HUMBLE AND LEAD WITH YOUR STORY

A good origin story helps with everything from your first major press hit to your first hires. "People can relate to a story of getting fed up and then doing something happy and fun. People repeat that kind of story. Today, they get most of it wrong, but it doesn't matter -- people have taken ownership of it as an Atlanta success story." 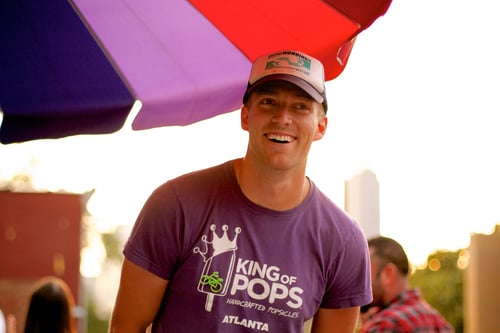 FAIL OFTEN SO YOU CAN GET BETTER, FASTER

“Our popsicles still improve each month, in consistency too. But the first year, I was probably batting about 50 percent,” Carse admits. “We learned a lot and figured out how to make a great product as we went, and I bet we do it a little differently than everyone else because we did it on our own.”

My best piece of advice is to not take yourself too seriously. Allow your business to be fun. Allow yourself to mess around and make mistakes.”

Figuring out new ways to capture the power of street food -- the best of which wraps taste, memory and a sense of place into every bite -- is art, not science. “It’s a gut feeling...Never giving into a gimmick, ever, allows us to remain authentic. People can sense that.” As the brand grows and some of its novelty wears off, that authenticity is crucial.

“I definitely think it’s true what Seth Godin says about a tribe -- if you have a group of people that want to be part of something, and you lead them and allow them to be part of it and to communicate with each other, it becomes a part of their life. That’s what I’m really working on.”

ASK FOR CUSTOMERS’ IDEAS -- AND PAY IT FORWARD WHEN THEY WORK

“The fact that we’re on a cart instead of behind a counter means people are essentially standing next to us, so they come to us with ideas,” says Carse. “People want to help. Let them, and give them credit. When someone comes up with a flavor, we give them credit. If they tell us a new secret spot, we say thank you.” 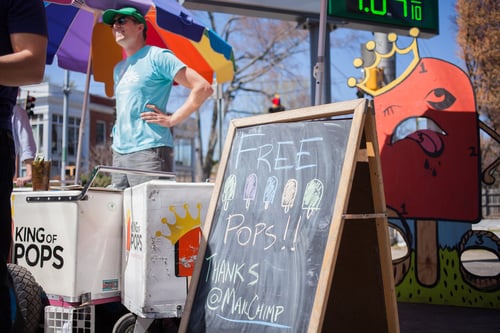 ALIGN YOURSELF WITH LIKE-MINDED BUSINESSES

“I go to the same spot we started at once a week, and there are a lot of people that want to work with us and align our business with theirs,” Carse says. He emphasizes the importance of working with businesses that align with company values and provide a mutual benefit. For instance, to support a local video store, King of Pops did a temporary run of 30-dollar “movie packs” complete with a free video rental and pops in flavors like Coke float and Junior Mints.

We love being local, wherever we are.”

There are now six satellite locations, but Carse’s initial reluctance about expanding such an Atlanta-centric brand actually helped them hit on a novel approach to expansion: let each new location “lead with [its] own story.” Since King of Pops attracts people who fall hard for the brand vision, it’s been easy to do.

One of the Carse’s college friends, Paul Cassimus, launched the Richmond operation after quitting his job teaching Spanish. “He didn’t have the good fortune of being laid off,” Carse says, “but [his story] has gotten him on the front page of the Richmond-Times Dispatch food section. He did that himself, through word of mouth and sweat.” Cassimus embraces Richmond’s own unique vibe, collaborating with local businesses and working nearby festivals.

We have a recipe book, but even the recipe book can’t be followed to a T because the nature of fruit is variable -- and our whole business is like that.”

What’s next? A 68-acre farm outside Atlanta, where the Carses plan to grow fruit and herbs, host events and realize their dream of bringing customers right to their product’s source.

“We’ll probably start another food business, whether it’s chocolates or a restaurant...things that interest us and benefit the community,” Carse says. “We thought [the farm] would be a good way to tell the community we’re serious about local and hold ourselves accountable.”

When I ask Steven what the business will look like in 10 years, he doesn’t miss a beat. “I love what we do. There’s literally nothing we can’t try. It might not look like a popsicle company in 10 years, but everything we learn started with our pops.” 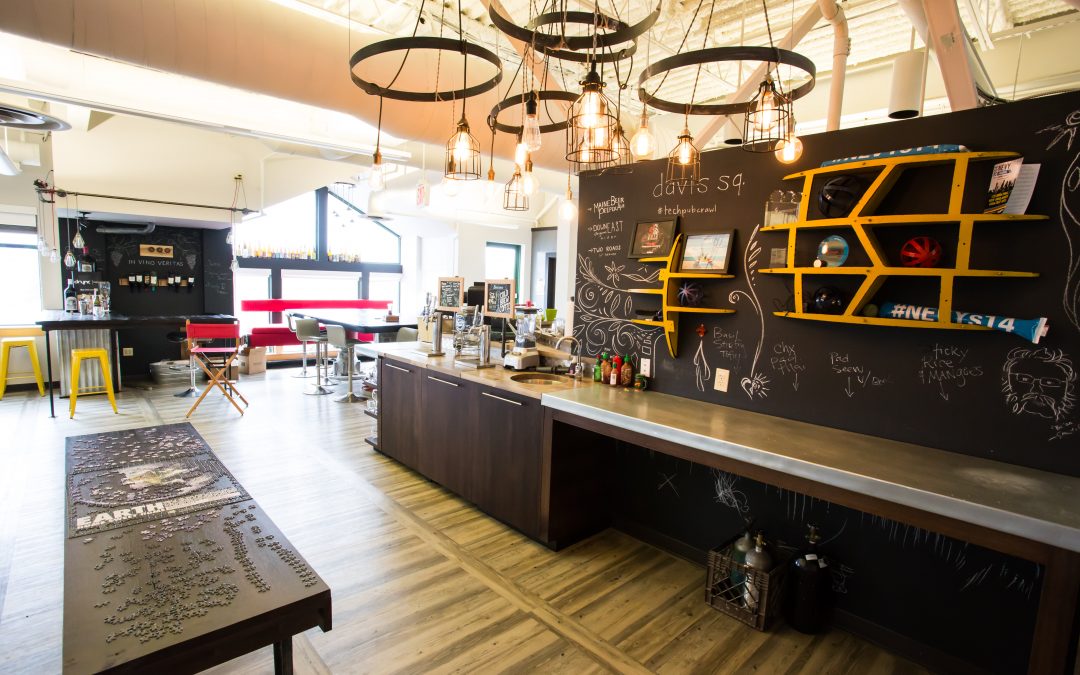 YEC Members on Why Design Matters