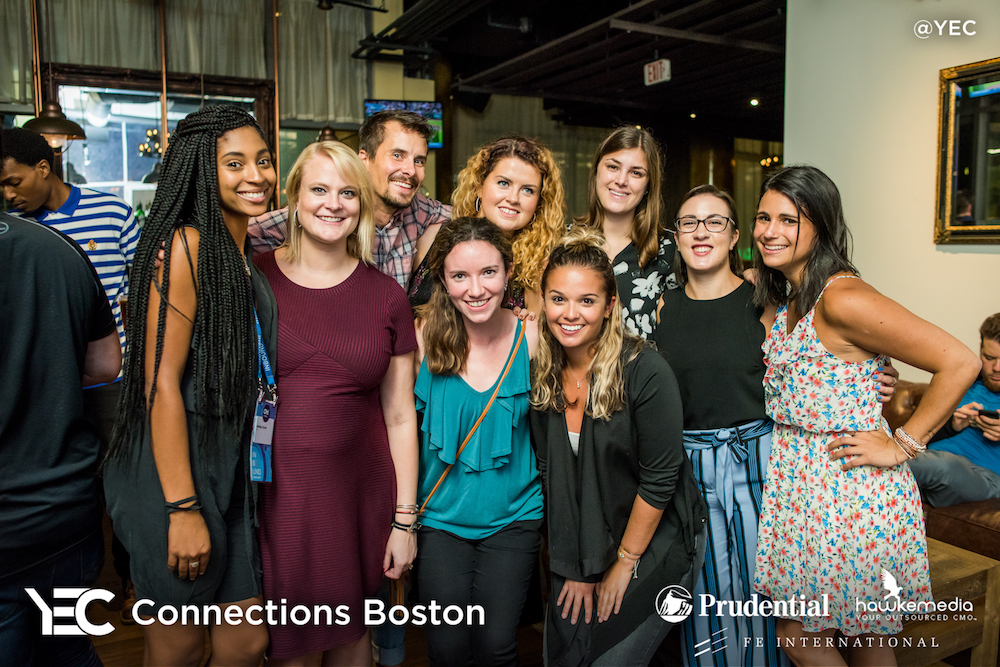 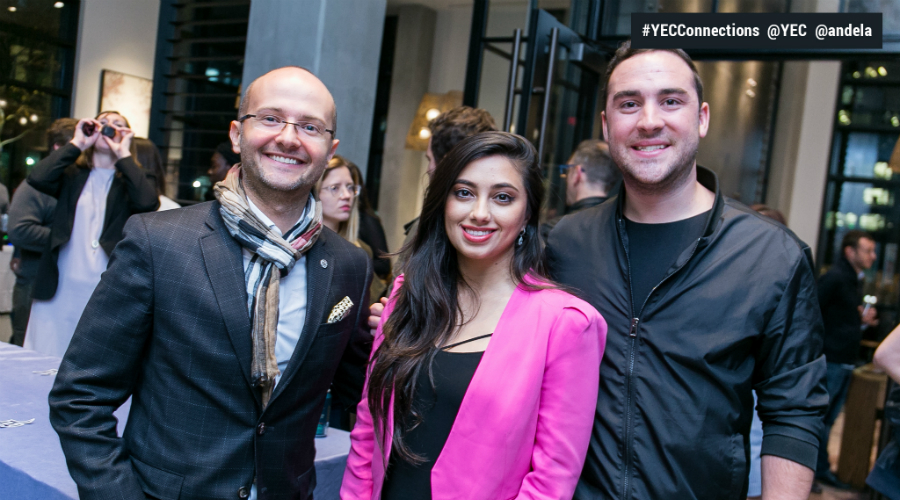 The group filled the colorful, modern space and spilled out onto a newly renovated patio overlooking Boston's Seaport neighborhood. Watermark Seaport, our venue for the evening provided by Nathan Property Advisors, is a collection of luxury high-rise rental apartments, offering everything from efficient studios to modern three-bedrooms, as well as penthouses and unique lofts. Our partners at Andela, Hawke Media, and Sandler Training sponsored the event, while Cape Ann Brewing Co. provided beer. 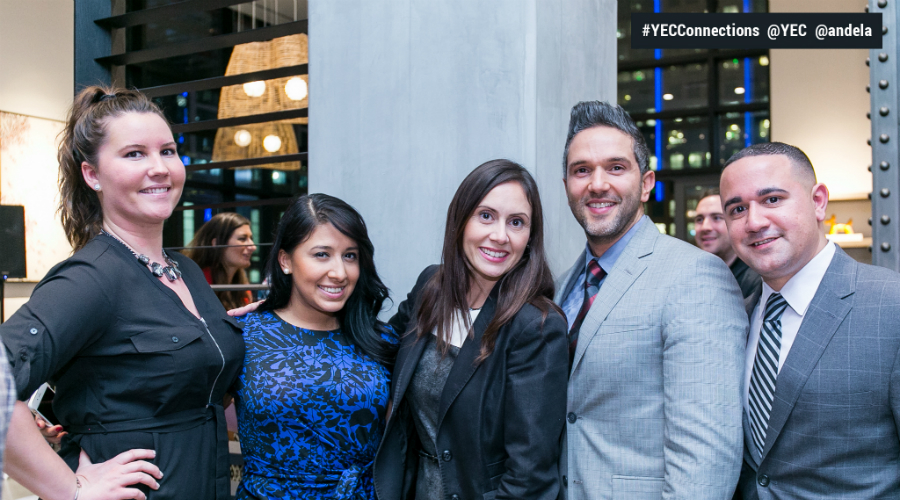 Attendees ranged from Boston-area locals to those in town for INBOUND, the 14,000+ strong marketing and sales event. This included select YEC members who were speaking at INBOUND, giving talks on branding, sales, marketing, leadership and more alongside other speakers including Gary Vaynerchuk, Ta-Nehisi Coates and Alec Baldwin.

YEC announced an exciting partnership with Hubspot, featuring Kim Walsh, Global Director of Hubspot for Startups and Dan Tyre, employee #6 and Sales Director at Hubspot. With this new partnership, both new and existing Hubspot clients will have access to between 10-30 percent off Hubspot services as YEC members. YEC members can check out details of the deal, here.

With the mix of both YEC members, invited entrepreneurs and our partners of the evening, it was a great group of people together in one room, celebrating entrepreneurship amongst the best minds in the industry. A few of the YEC members in attendance included Colin McGuire of ViroCart, Shama Hyder of The Marketing Zen Group, Jeremy Goldberg of Cape Ann Brewing Company, Brian Chiou of Orbose, Enrico Palmerino of Botkeeper, Brennan White of Cortex, Ben Jabbawy of Privy, Andrew Kucheriavy of Intechnic, Richard Lorenzen of Fifth Avenue Brands, Chad Rogers of Lemonlight, Paul-Anthony Surdi of the Academy of Responsible Tattooing, and Brandon Houston of Switch Video.

Guests took advantage of having event partners in the room by redeeming free consultations from Hawke Media, your outsourced CMO, and chatting with the Andela team to strategize extending their tech teams with world-class developers. 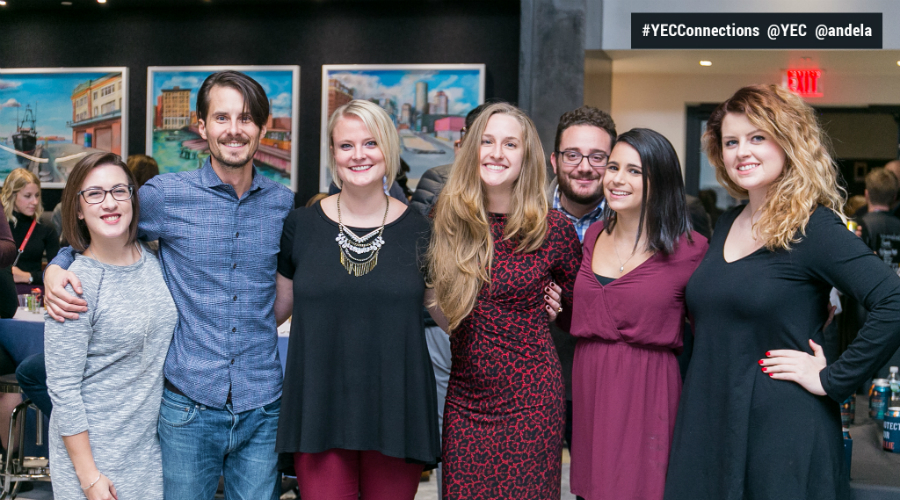 Guests were also able to meet and mingle with the YEC team, including YEC co-founder and COO Ryan Paugh, YEC Community Director Cassandra Sousa, and members of our in-house editorial team. 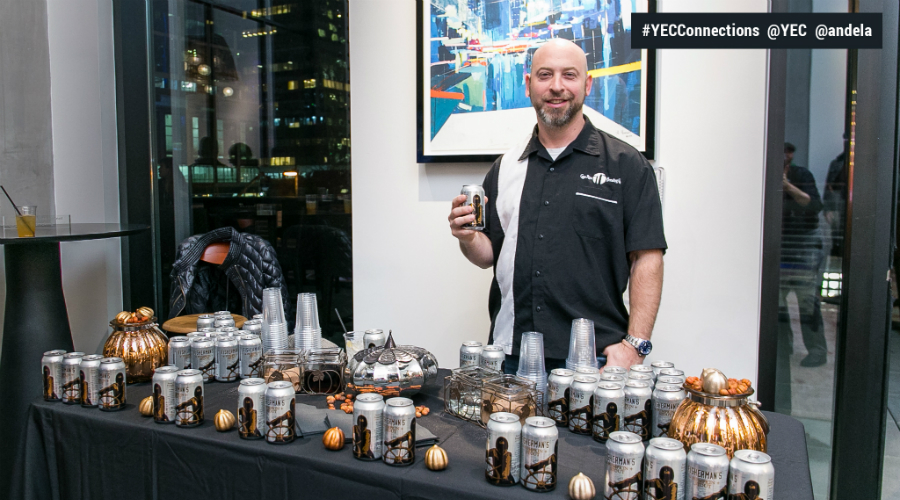 Pretty Instant provided the photography, and you can check out the full gallery of pictures from the evening, here.

YEC Members: Don't forget to check out events.yec.co to find out about upcoming events in your city.