Dan Robbins was working for a major telecom company and his future wife, Kate Hancock, was expanding her skincare company when the two first decided to work together in 2014. As a national sales manager for a medical skin care company, Kate had helped grow annual revenues from less than $1 million to more than $20 million. “Once she found out that she could do that, she literally took $20 of her own money and created her own multimillion dollar online business selling skincare,” says Dan.

“I never even used skincare before I met Kate,” says Dan. But when she put him on a skincare regimen that significantly helped with the rosicia that he had been suffering with for years, he became a true believer. “It changed my life,” he says.

Kate’s vision for her company went beyond e-commerce; she wanted to make a bigger impact in her industry by further educating and helping her customers. So, in 2012, she launched OC Facial Care Center, a medical spa that focuses on treating a variety of skin conditions such as acne, melasma, and brown spots. Two years later, Dan signed on as VP of Operations and Marketing. Kate, says Dan, is the face of the brand and the CEO.  “So we're not overlapping,” he says. “I would make the worst CEO. I'm more like a COO or second in command.”

Since the two teamed up, they’ve expanded their business, started a new venture, and got married in November of 2018.  They’ve opened a second spa in Southern California, launched a medical-grade men’s skincare line, and started their own brand of skincare products that are sold at their spas and online. “The products are aligned with our trademark procedures that we do in the spa that are very different than any other spa,” says Dan. “So we have a large following of members and clientele.”

Two years ago, Dan and Kate started looking beyond skincare to the hospitality industry: they now have two small resort properties on Camiguin Island, Philippines, where Kate grew up. “We were in retail for a long time, so we really understand the customer experience,” says Dan. The two drew inspiration from their world travels together, often staying at The Four Seasons and soaking up lessons from the iconic brand.

“They make it seem like you're the most important person in the world, right down to the smallest detail, like how they greet you, how the room looks, how the food is served,” says Dan. “Their goal is to think about what you need before you need it, and that’s the biggest thing we’re trying to do in our resort.”

As long-time members of YEC, Dan and Kate have always appreciated the organization for the sense of community that it provides.

We wanted to have more friends who were entrepreneurs because we can typically understand each other. I think our friends at the time could not really relate to what we were going through.

Going to YEC’s annual Escape event for the first time was life-changing, he says, because it was a catalyst for closer friendships and connections that would ultimately help the couple grow their business. For instance, YEC’ers Will and Laura Land helped them out two years ago when their Amazon store was suspended due to some shipping issues. “I immediately called Will and he walked me through what happened and then got our account back up,” says Dan. Phil LaBoon has counselled Dan on using Shopify, and Charles Gaudet has offered guidance on creating a set of written processes and procedures that will be essential when Dan and Kate begin franchising their spa business.

“It’s been a fantastic organization,” Dan says. “I get advice on business, and I think we’ve gotten business for each other indirectly. There’s a lot of give and take.” He notes that a few YEC members even came to his and Kate’s wedding in the Philippines last year. YEC, he says, “really feels like part of your family.” 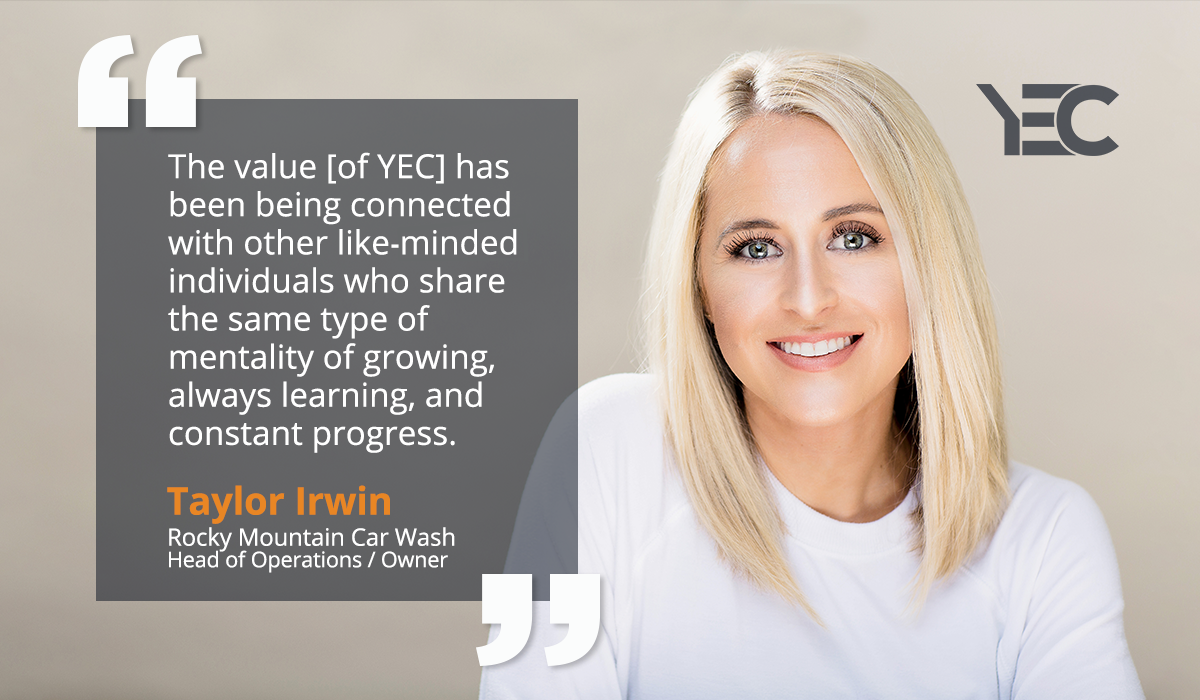