Andela is a global talent accelerator based in Lagos that provides companies with first-rate tech leaders. By selecting the most elite developers and seamlessly integrating them into its clients' teams, Andela hopes to close the opportunity gap in Africa while helping other companies scale.

Says YEC'er Jeremy Johnson, co-founder and CEO of Andela, in a letter to his investors: "The round represents a huge vote of confidence from some of the most respected names in technology. Not only is it a vote for Andela, though, it’s also recognition of the caliber of software developers and human beings that make up the Andela Fellowship. We’re humbled to partner with folks who have helped drive some of the most impactful innovation in the history of tech, and grateful to have the financial support to continue building the movement that is Andela." 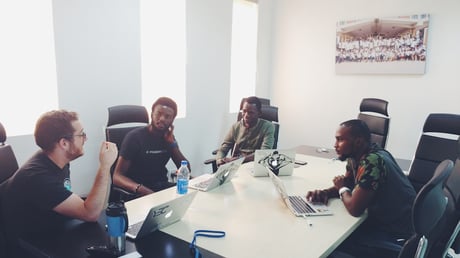 "We live in a world where talent is evenly distributed, but opportunity is not. Andela’s mission is to close that gap,” said Zuckerberg in a statement. “Companies get access to great developers, and developers in Africa get the opportunity to use their skills and support their communities. Priscilla and I believe in supporting innovative models of learning wherever they are around the world—and what Andela is doing is pretty amazing."

Andela has trained over 200 developers within the two years it has been in operation. It hopes to open a third location in Africa, following its current presence in Kenya and Nigeria.