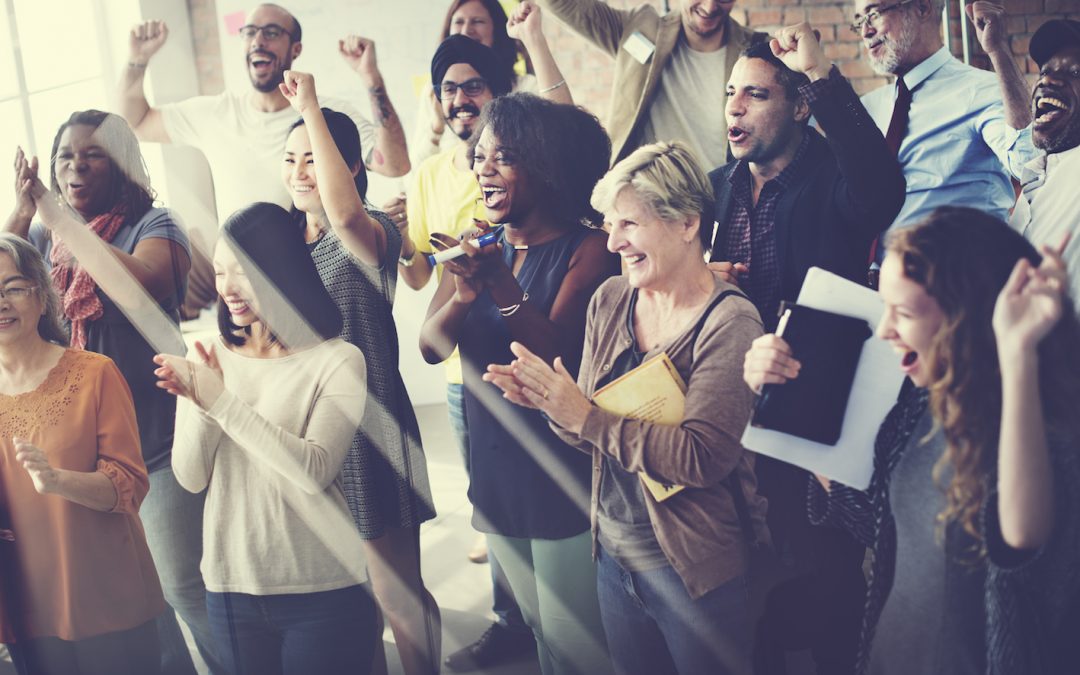 YEC Members Celebrate Monumental Successes at the Start of Summer

In recent months, YEC members have raised millions of dollars in funding for their companies, published books, renamed and rebranded their companies, received prestigious awards and been named to competitive lists, to name just a few of their achievements in the first half of 2017.

Among these YEC member companies' accomplishments is Outcome Health's announcement that it is now valued at $5 billion. Below, read more about this announcement and more than a dozen others from YEC members.

Outcome Health Valued at $5 Billion, Raises $500 Million in First Round of Fundraising 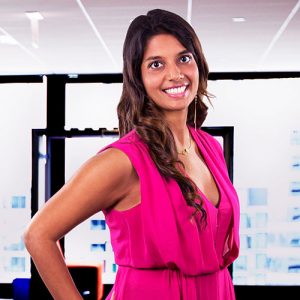 Outcome Health announced at the end of May that it raised $500 million in its first round of fundraising and is valued at $5 billion. Investors in the company include Goldman Sachs Investment Partners, Alphabet’s growth equity investment fund CapitalG, Leerink Transformation Partners, Pritzker Group Venture Capital and Balyasny Asset Management.

Founded in 2006 by Shradha Agarwal and Rishi Shah, Chicago-headquartered Outcome Health "partners with healthcare providers to serve actionable health intelligence at the moment of care to improve patient outcomes."

The past year has been a monumental one for Outcome Health. The company changed its name from ContextMedia earlier this year to better align with its aspirations, which are "to activate the best health outcome possible for every person in the world." And at the end of 2016, the company acquired AccentHealth, making it the largest healthcare decision platform at the point of care in the country. Outcome Health's goal is to expand its impact to 70 percent of all U.S. physician practices by 2020.

This spring, goods for goods announced that it changed its name to Yamba Malawi. The New York-based nonprofit – founded by CEO Melissa Kushner – empowers communities in Malawi to care for vulnerable children. "In Malawi, yamba means begin, and this is our focus: brighter beginnings for Malawi’s children, and lasting change for their communities," Yamba Malawi's website states. 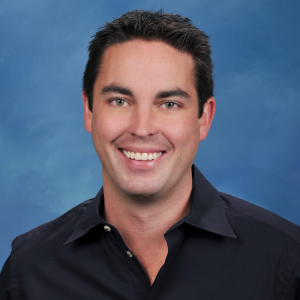 The California-based challenger agency Wpromote was named to this year's Inc. Best Workplaces list based on its business model of making the company a great place for its employees to work. Led by CEO Michael Mothner, Wpromote's core values are respect, transparency and culture. "Our site uses the phrase 'Make Mondays suck less.' Office perks, company policies, and, of course, our employees themselves are what makes Wpromote a fun and lively place to work," the company's announcement in Inc. reads.

"Companies need to be confident that they can gain complete visibility into public infrastructure security to verify security policies, investigate incidents, or ensure full compliance in a cloud environment," Varun said in a statement. "This is a true business imperative and our singular mission at RedLock: to help customers achieve their cloud infrastructure security goals and serve as the catalyst for digital business advancement."

Read more about RedLock's launch in a TechCrunch article and a press release. 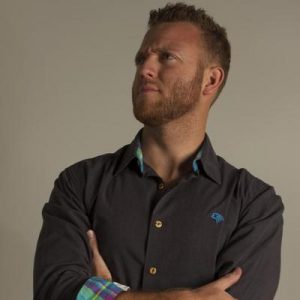 Coplex, a startup studio and accelerator, launched its $5 million accelerator fund, Coplex Venture Accelerator Fund I, under its new venture capital arm, Coplex Ventures. Based in Phoenix, Los Angeles and Seattle, Coplex helps non-coding founding teams to co-create new software companies. "We will be investing in about 50 ventures. Coplex works with subject matter expert founding teams who cannot code but want to start a software startup in their respective field," CEO and partner Zach Ferres said.

"In April of last year, Coplex made the shift from a digital agency to what’s known as a Startup Studio. The launch of its first fund completes its transition," a writer reported in TechAZ.

Roberto Angulo is CEO of both Recruitology and AfterCollege. He founded Recruitology when media companies that were partnered with AfterCollege started asking about how they could find specific job applicants.

“The employer posts just once, the media company charges once, and we take care of all the stuff behind the scenes,” Roberto told a News Media Alliance writer. “The employers, papers and recruiters are all happy. We’re seeing results.” 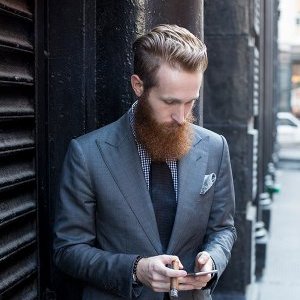 Based in West Palm Beach, Delirio Coffee Roasters recently launched, offering on-demand single-origin roasted coffees from Central America. The company was founded this year by Kyle Gellis and Paul Rosenberg and offers single-origin roasts that are shipped within 24 hours and delivered within two to three days across the country. Kyle – who has also founded Urban Wolf LLC and Warped Cigars – sources the coffee from Central America. 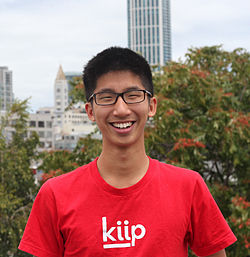 Brian Wong, founder and CEO of Kiip, was included on the 2017 AdWeek "Mar Tech Superstars" list published in May. The list recognizes the leaders in the growing marketing technology ("mar tech") field. Brian, who founded marketing and monetization platform Kiip in 2010 when he was 19 years old, was included in part because of his company's growth. "Wong has taken Kiip from $7 million in 2014 revenue to $21 million last year, while more than doubling his team to 70 staffers," Christopher Heine wrote in AdWeek. 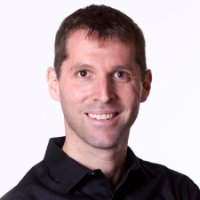 Robert Glazer, the founder and managing director of affiliate marketing company Acceleration Partners, released his first book, "Performance Partnerships: The Checkered Past, Changing Present and Exciting Future of Affiliate Marketing," in May. His book is the first in-depth look at the affiliate/performance marketing industry.

"In the book, Glazer defines the elements of true affiliate marketing and demonstrates for marketing leaders how to benefit from its model of paying partners after they have delivered a desired outcome and how to integrate all these partners in a brand-aligned system," a press release states. Learn more about the book here. 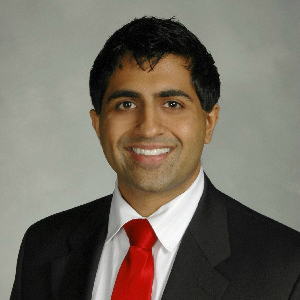 InpharmD is expanding to offer its platform to WellStar Health System, the largest health system in the Southeast. "In our one year pilot at two WellStar Health System hospitals, it became the No. 1 used reference because it offered more (essentially unlimited) information in less time, saving money and improving quality," InpharmD Founder Ashish Advani wrote.

"The three-year agreement allows WellStar doctors, pharmacists, nurse practitioners, and physicians’ assistants to access to the InpharmD website and app and receive customized, evidence-based answers to questions about medications and disease states," the company said in a statement. InpharmD is a platform for an individual, their healthcare provider and "a network of academic Drug Information Centers staffed by literature searching specialists." This expansion with 11 hospitals launches July 1. 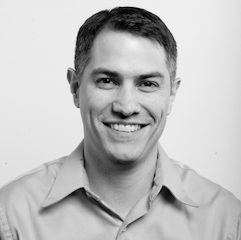 Inversoft, a Denver-based company that provides identity user management, profanity filtering and moderation tools, is partnering with IBM to make its Passport API service available on IBM's cloud platform, IBM Bluemix. "Developers can now build with Passport on Bluemix and easily integrate the cloud-based identity platform into their web and mobile applications, allowing them to quickly and easily authenticate and authorize users," the company announced in a statement.

“Access to Passport helps remove the complexity of building and maintaining boilerplate user management infrastructure so developers can focus on innovating their own product and core business functionality,” Inversoft Founder and CEO Brian Pontarelli said. “We’re thrilled to be a part of the growing IBM Cloud community and proud to be a verified IBM Business Partner. We look forward to helping IBM clients continue to use our product.”

Learn more about the partnership in a video here. 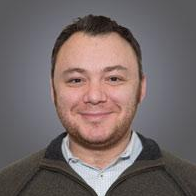 Unigma, the cloud management platform founded by CEO Kirill Bensonoff, was acquired by Kaseya in May. Kaseya is the leading provider of complete IT management solutions for managed service providers and mid-market enterprises. It acquired Unigma Cloud Management Suite to elevate "the breadth of the Kaseya IT Complete Platform to deliver an industry-proven technology that efficiently and cost-effectively monitors public cloud infrastructures, and enables MSPs to grow their businesses through new service line offerings," the company announced in a statement. 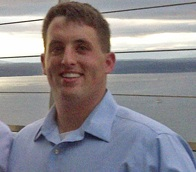 Sustainable, performance sportswear brand Kenai Sports was named a "2017 Top Innovator" by Apparel Magazine in May. "Apparel Magazine will devote its May 2017 issue to recognizing these innovative apparel retailers, brands and manufacturers — and the strategic business partners that have helped them to achieve success," the magazine announced. Kenai Sports – led by Co-Founder and COO Charlie Bogoian – creates clothing out of trash pulled from landfills. 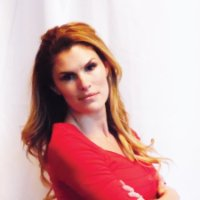 Red Brand Media, a digital marketing agency based in Omaha, Nebraska, and led by CEO and Founder Maren Hogan, was named to Entrepreneur Magazine's "Entrepreneur 360" list. “We’re not a firm that submits for awards so winning this was as unexpected as it was delightful!” Maren said in a statement. Companies were evaluated and selected based on four metrics – impact, innovation, growth and leadership.

"The award is for culture and growth," Maren wrote. "Both of those things are things I am really proud of here at Red Branch Media. Our culture is very much something I stress about on the regular and again to be recognized for it is awesome, especially because the last couple of months have been non-stop hard work for the team!"

Cooper Harris, CEO of Klickly, was selected as a "Top Thought Leader" by Adobe, Cannes Lions and Wunderman at the 2017 Cannes Lions Festival. "The 2017 Cannes Portrait series answers these questions by recognizing individuals who are using data and technology to make unique contributions to art, business and, of course, creativity," Cannes Portrait announced. "This year, Adobe and Wunderman have selected 11 true innovators—some fresh on the scene; others with long and storied careers."

"One of the first women to win the AT&T Hackathon (LA),  Cooper started her professional life as an actress but learned to code and left Hollywood for a career in technology. Today she is Founder and CEO of Klickly, a data-driven digital payments platform that has already made a big impression, winning both customers and awards, including the prestigious Consumer Technology Association’s 2016 Startup of the Year award," the portrait series announcement reads.

The posters are available to view on the Croisette in Cannes and online here.

These are just some of YEC members’ recent exciting achievements. Read about what other members are working on here. Have news of your own to share with the community? Submit your accomplishments to our team. 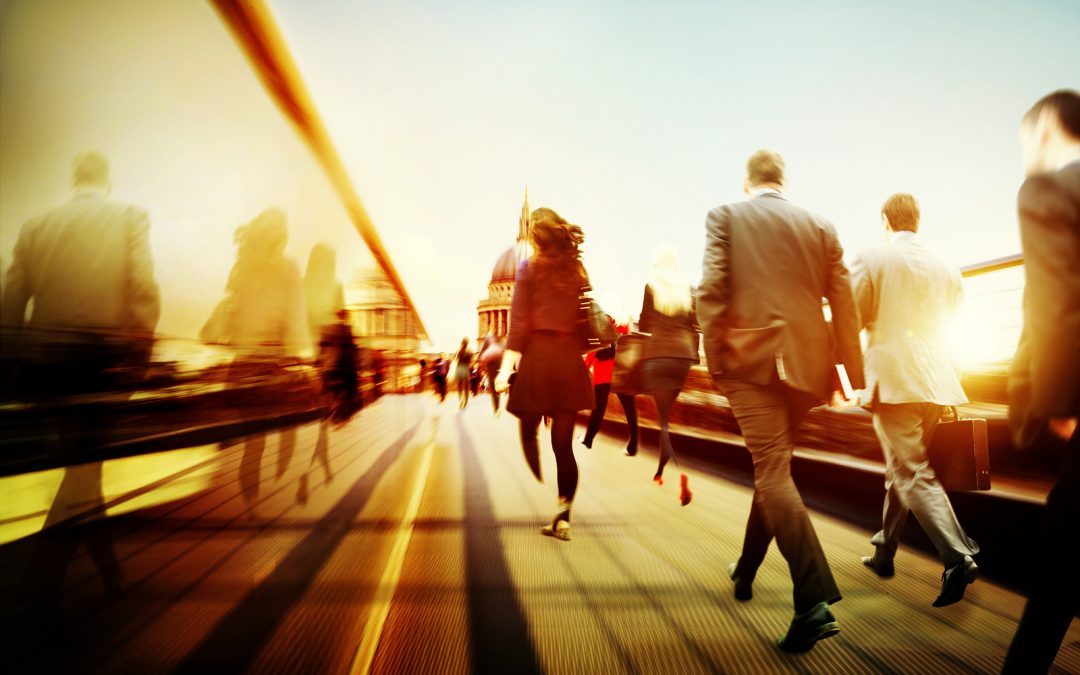 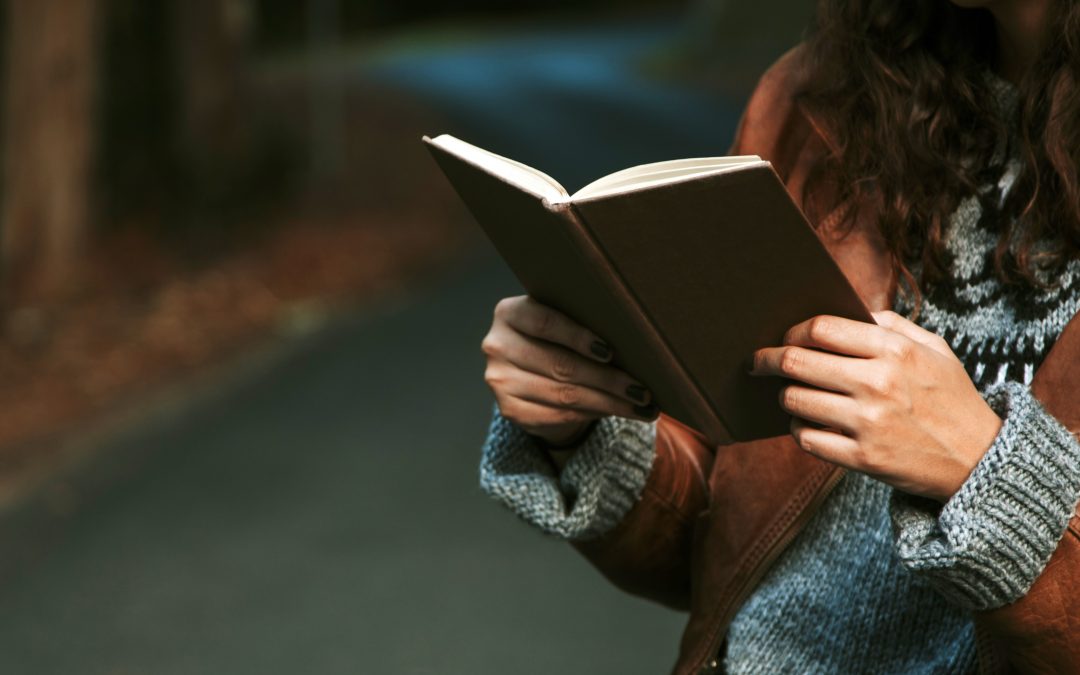 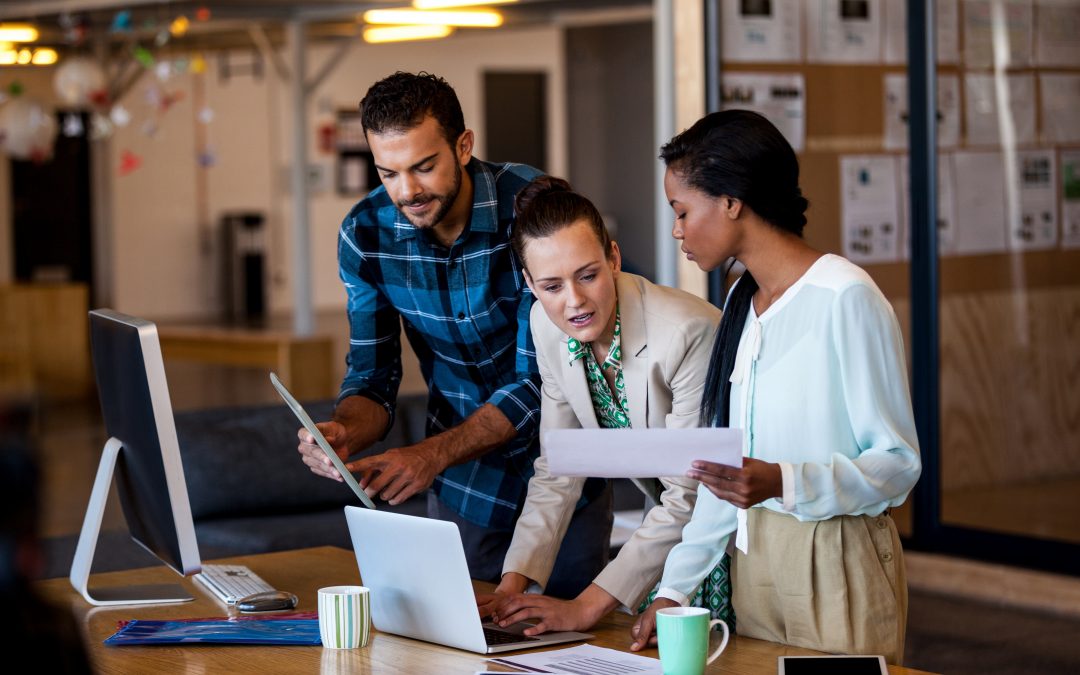