Today, Forbes announced the 2016 Forbes 30 Under 30 honorees. Spanning 20 industry sectors, the list highlights some of the top entrepreneurial talent of 2016.

Fourteen of our YEC members were selected as part of this prestigious group. Meet these incredible members of our community below:

Noa Santos, Co-Founder and CEO of HomePolish. HomePolish matches clients with interior designers. Santos launched the company in 2012 with co-founder (and former Buzzfeed coder) Will Nathan.

Doreen Bloch, Founder of Poshly. Users of Bloch's site fill out surveys to win free beauty and lifestyle products, and the data is then used by the companies providing the freebies. Poshly has brought in $3 million in venture funding to date.

Phil Dumontet, Founder of Dashed. Dashed provides rapid food delivery for 800+ restaurants across numerous cities in the Northeast. In 2014, the company brought in $7.5 million in revenue.

Andrew Colchagoff, Co-Founder and CTO of GingkoTree. A content platform to battle the pricey university textbook market, GingkoTree lets educators build their own online textbooks for students. The site had already facilitated 65,000 textbooks.

Cassie Petrey, Co-Founder of Crowd Surf. This digital marketing company works with stars from Steven Tyler to Brittany Spears. Started while Petrey was still in college, the company now has four offices and a team of 35.

Emerson Spartz, Co-Founder of Dose. Dose Media uses algorithms to find trending topics on the Web, which Dose writers then create viral content around. A serial entrepreneur, Spartz focuses on the emotions behind the story.

Nanxi Liu, Co-Founder and CEO of Enplug. The enterprise tech company provides software for custom digital displays and is used by more than 400 companies so far. Liu also helped found Nanoly Bioscience, which has a patented polymer for keeping vaccines without refrigeration.

Ryan Smith, Co-Founder and CEO of Leaflink. Leaflink is a wholesale management platform for the cannabis industry. Focusing on the B2B side of this budding sector, the company provides software to help retailers manage inventory and track orders. It recently closed a $1 million seed round.

Timothy Hwang, Co-Founder of FiscalNote. With an early background in politics, Hwang co-founded FiscalNote while in college. The company figures out likely outcomes for pending legislation by analyzing data gleaned from state statutes, Congressional regulations and previous court rulings. FiscalNote has over $18 million in funding to date.

Ross McCray, Co-Founder of VideoAmp. VideoAmp helps advertisers plan, buy and measure digital video ads across devices. Its technology also helps the companies that sell these ads package their inventory in bulk. The company has raised over $17 million to date.

Kelsey Meyer, Co-Founder of Influence & Co. Five years after it's launch in 2011, this strategic content marketing agency is valued at $13 million and is expecting $7 million in revenue in 2016.

We'd also love to mention Gil Addo, Co-Founder of RubiconMD and Matt Barba, Co-Founder and CEO of Placester. Addo co-founded RubiconMD with YEC member Julien Pham, and the company has already raised $1.5 million to create a service that allows primary care physicians to talk to specialists online. Barba co-founded Plaster with YEC member Frederick Townes. The real estate marketing platform has raised $51 million since it was founded in 2011.

Congrats to everyone who made the list! You can read the full roster on Forbes, here. 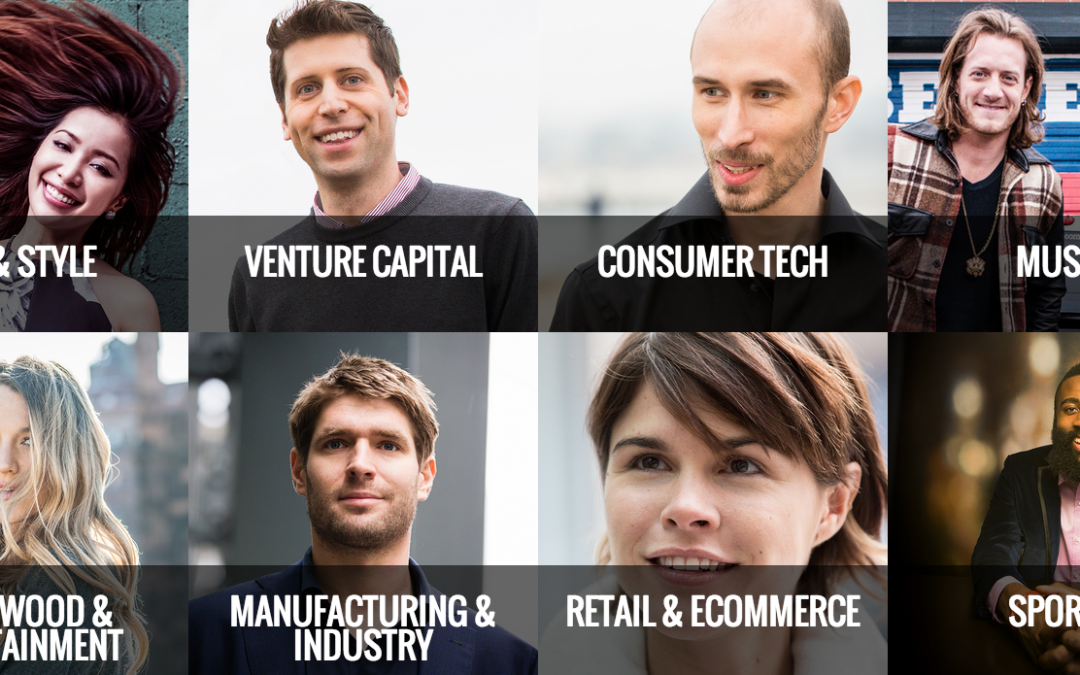