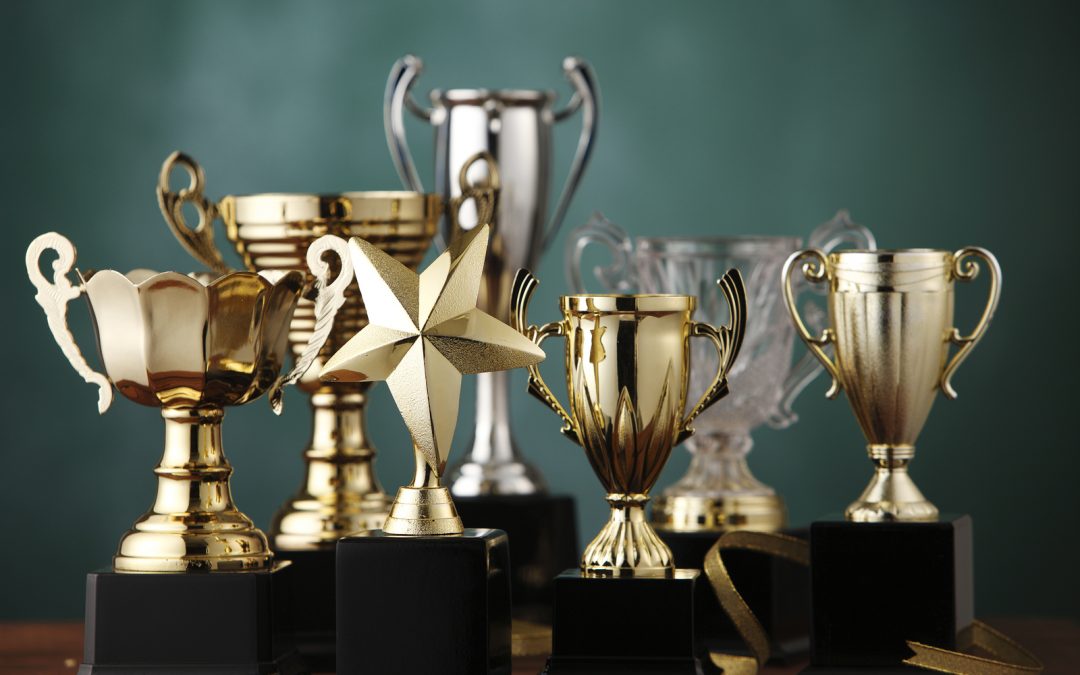 This week, YEC is honoring the 44 members who were recipients of notable industry awards last quarter in our Spring edition of YEC Quarterly. If you haven't already, take a look at our latest magazine for the full installment of member achievements.

YEC members: Don't forget to submit your own recent accomplishments for our magazine at yec.co/accolades.

Shradha Agarwal’s company ContextMedia was named one of Forbes’ Most Promising Companies in America.

Ian Bell, Co-Founder and CEO at Digital Trends, was named a “40 Under 40” by Portland Business Journal.

Daniel Burns’ company DBurns Design was given a Gold Award for website design by Davey Awards for their work on Zen Arts’ Website.

Alex Chamberlain’s company EZFingerPrints was named 2015 “Small Business of the Year” by the Clearwater Regional Chamber.

Vadim Drabkin’s company ClicksMob was named one of America’s Most Promising Companies by Forbes.

Jordan Edelson, Founder of Appetizer Mobile LLC, was named to Forbes’ 30 Under 30 List.

Sonny Ganguly’s company WeddingWire was named one of America’s Most Promising Companies by Forbes.

Tommy Golczynski, co-founder of Assured Flow Solutions, LLC, was named on the 40 Under 40 list in the Houston Business Journal.

“Jane the Virgin,” a television show produced by Jorge Granier’s company Latin Everywhere, was named a 2014 “AFI Television Programs of the Year” by the American Film Institute as well as a People’s Choice Award for “Favorite New TV Comedy.”

Mattan Griffel, CEO of One Month, was named to Forbes’ 30 Under 30 list.

Shama Hyder, CEO of Marketing Zen Group, was named to Forbes’ 30 Under 30 list.

Kuba Jewgieniew, CEO of Realty ONE Group, was named one of the Most Powerful People in Real Estate in 2014/2015 by Swanepoel.

Stuart Lacey’s company Trunomi was named to the European FinTech50 for 2015 by FinTech50, a group of 50 firms shaping the future.

Will and Laura Land’s company Accessory Export, LLC was named one of the World’s Top Amazon Marketplace Sellers for their Empire Case seller site by WebRetailer.

Natalie MacNeil, founder of She Takes on the World, was named a Young Female Entrepreneur of the Year Gold Stevie Winner by Stevie Awards for Women in Business.

Michael Mothner’s company Wpromote was named second in the list of Best Places to Work in the U.S. by Ad Age.

Panos Panay, Founding Managing Director of Berklee’s Institute for Creative Entrepreneurship, was given BostInno’s 50 on Fire Award for Education.

Phil Shpilberg, President of GameChangerSF, was chosen to speak at the 2015 Game Developers Conference.

Deckard Sorensen, President at NBD Nanotechnologies, was named a 2015 “30 Under 30” in Energy by Forbes.

Nathan Snell’s company nCino was named to the Forbes Top 100 List of America’s Most Promising Companies by Forbes.

Matan Talmi’s company Drippler was selected as one of Google Play's Must-Have Apps by Google.

Tolga Tanriseven, CEO of GirlsAskGuys, was named on the 40 Under 40 list in St. Louis Business Journal.

Michael Votto’s company Votto Vines was named one of America’s Most Promising Companies for 2015 by Forbes.

Josh York’s company GYMGUYZ was named to the list of Top 10 Type of Franchises to watch for in 2015 by Entrepreneur.com.

We offer our congratulations to these members for their celebrated contributions to their industries. If you’re a member and have an accomplishment you’d like to highlight in the next edition of our YEC Quarterly print magazine (such as a funding round, a notable partnership, a new launch, etc.), feel free to submit it here: yec.co/accolades.