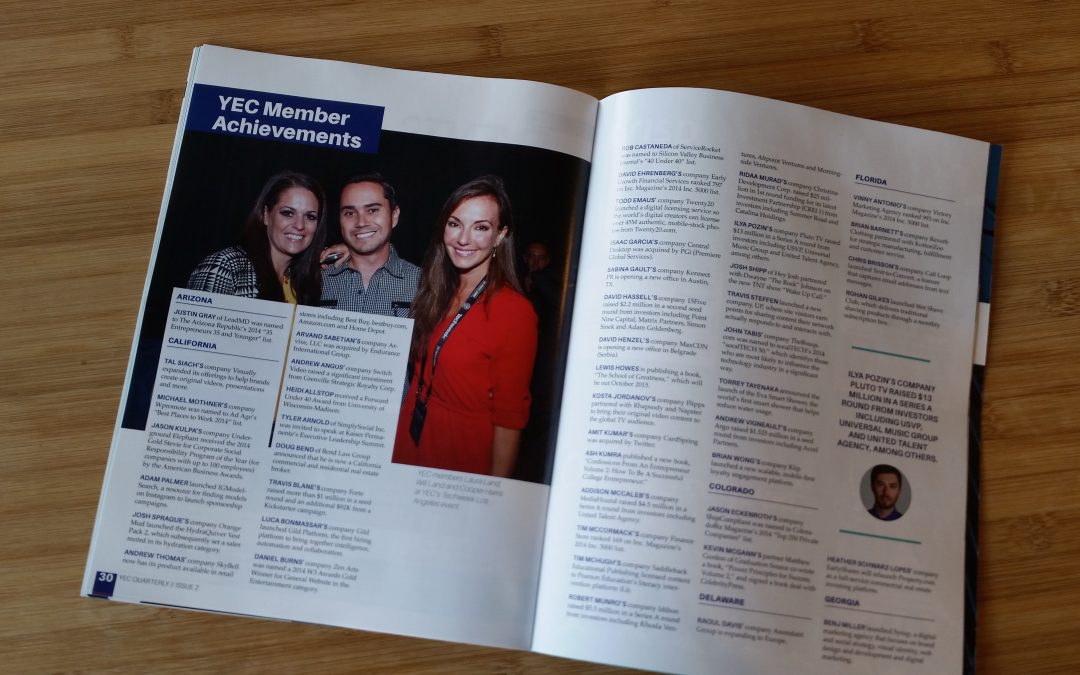 This week, YEC is celebrating the 24 members who announced exciting new product and service launches last quarter in our Winter edition of YEC Quarterly. Members: Keep a lookout for the Spring edition of our magazine, which should be on your doorstep shortly.

Kyle Clayton announced the launch of his new company Set Jet, which is changing the private travel industry with its new, member-based business model.

Jason Shah recently launched Do, an app for iPhones and iPads to help you run productive meetings.

Andrew Thomas’ company SkyBell launched SkyBell 2.0, a Wi-Fi video doorbell that lets you see who is at your door from a mobile device.

Tomaso Veneroso’s company Am Cast, Inc. launched the sustainable and eco-friendly Rocky Crusher, the only machine in the world that can transform waste of quarry into usable sand.

Congratulations to these YEC members on their commendable undertakings. If you’re a member and have an accomplishment you’d like to highlight in the next edition of our YEC Quarterly print magazine (such as a funding round, a notable partnership, a new launch, etc.), feel free to submit it here: yec.co/accolades.