Since our last update, members of YEC have celebrated major deals, exciting endorsements and breakthroughs with their products and services  — to name just a few notable and newsworthy developments. One member company looks forward to a fall launch date that's already gaining attention from major news outlets.

Below, we highlight six members and their big news. 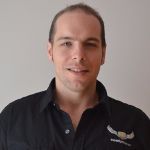 Sleek and super-charged, the electric Tomahawk is a new kind of sports car from Dubuc Motors, helmed by COO and YEC member Mike Kakogiannakis, and is slated to begin production next year. "We are pushing the envelope in terms of what is possible in the automotive industry to create a wow experience for our customers every time they get behind the wheel," said Kakogiannakis, who co-founded the company. Read more about the Tomahawk's specs and features — which include 800 horsepower and 0-60 acceleration in as little as two seconds — in a press release. Dubuc Motors' show-stopping, super-fast electric car to debut in 2018.

The Tomahawk project has been self-funded since its inception, and has been qualified by the SEC as the first EV company to launch a crowdfunding IPO. 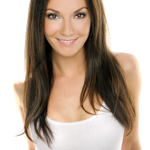 YEC member Cooper Harris, CEO of Klickly, has been recognized as a "Top Innovator" and "Favorite Thought Leader" at Cannes Lions International Festival of Creativity 2017 for her contributions to business and creativity. Wunderman and Adobe selected 11 honorees, each of whom was illustrated in a creative portrait to commemorate this year's recognition. Read the full list of "Creatively Driven. Data Inspired" portrait recipients, which includes musician Wyclef Jean and JPMorgan Chase's Kristin Lemkau, at Tech.co.

Klickly is the data-driven digital payment technology created by Harris after she left the Hollywood Hills for a new venture in tech. 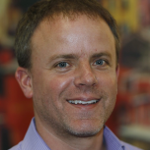 Transcription Outsourcing, LLC, led by CEO Ben Walker, is the recipient of a five-year contact with NASPO ValuePoint. For the National Association of State Procurement Officials, Walker and his team will provide general, legal and medical transcription services, securing the contract over 19 other agencies that submitted proposal applications.

“We’ve been vetted by a nationwide entity that has been around [for decades],” Walker said in a press release. “By beating out 16 companies on a national scale, it shows that we are in the top tier of transcription service providers.”

Transcription Outsourcing, LLC provides these and other types of transcription services, including academic and financial, to individuals, small businesses and large corporations all over the world.

Forthcoming FlyFit gets nods from City AM, Passenger Terminal Today, Fast Company and others 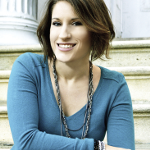 Opening in autumn 2017 after being in the planning and development stages since 2014, FlyFit brings new peace of mind to health-conscious travelers. The company, cofounded by CMO and YEC member Lauren Perkins, helps travelers stay well and balanced during air travel with on-demand and group fitness classes that include strength training, yoga and cardio, plus showers and healthy food choices. The first FlyFit location opens this fall at Heathrow International Airport in Longford, UK.

Perkins and co-founder Brian Chappon, along with colleagues Steph Davis, Julia Fedorenko, Gwenna Lucas, Shelby Speiser and Rachel Weiker share a passion for health and wellness and believe it's possible to achieve at all times, even with a busy and nomadic schedule. Combatting common health risks including blood clots and stroke that are elevated during travel, these wellness services aim to make a profound difference in the lives of travelers.

Read more about the upcoming launch of the first ever FlyFit location at Fast Company.

The emotional search allows a brand to see how the world feels about them and more effectively and ethically communicate with consumers.

"Beneath the data, there are people — real people who emote and feel, and who reject advertising that does not align with their thoughts and feelings," Brown said at an event announcing the launch.

Brown described this new tool as a device for advertisers to deliver to their consumer base information they can care about, respond to and like.

Learn more from Brown himself here. 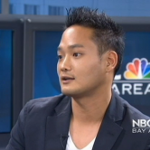 YEC member Kevin Hong, Chief Sales Officer of Cinema Intelligence and co-founder of Dealflicks, celebrates the upcoming launch of his book The Outlier Approach and the major anticipation surrounding its release.

"I have been working with Charlie Hoehn, who was the marketing guru behind Tim Ferris, Seth Godin, and Tucker Max," said Hong, whose forthcoming book has racked up nearly 10,000 commitments before it is even on pre-sale.