YEC members and guests gathered on March 11-20th for the highly anticipated SXSW in Austin, Texas. The annual event celebrates original music, emerging technology and independent films, and YEC took advantage of the large number of members in attendance by hosting an 80s-themed party at Tellers Austin.

Says Elisa Miller-Out, CEO of Singlebrook, who was at the event: "Thanks to the entire YEC team for putting on the best 80s party ever!"

The venue was decked with giant 80s-inspired entertainment pieces, such as a custom YEC-branded Lite-Brite and Etch-A-Sketch, and photo props like rocker guitars, wigs and boom boxes.

Members had much to celebrate after SXSW. Shama Hyder was an ambassador for Verizon Wireless, and Patrick Ambron of BrandYourself, Andrew Thomas, CEO of SkyBell Video Doorbell and Mike McGee, Co-Founder of The Starter League spoke at SXSW.

"This year's YEC at SXSW was an elevating experience," says Thomas.

Special thanks to PrettyInstant for the evening's photography and Modish for event production. 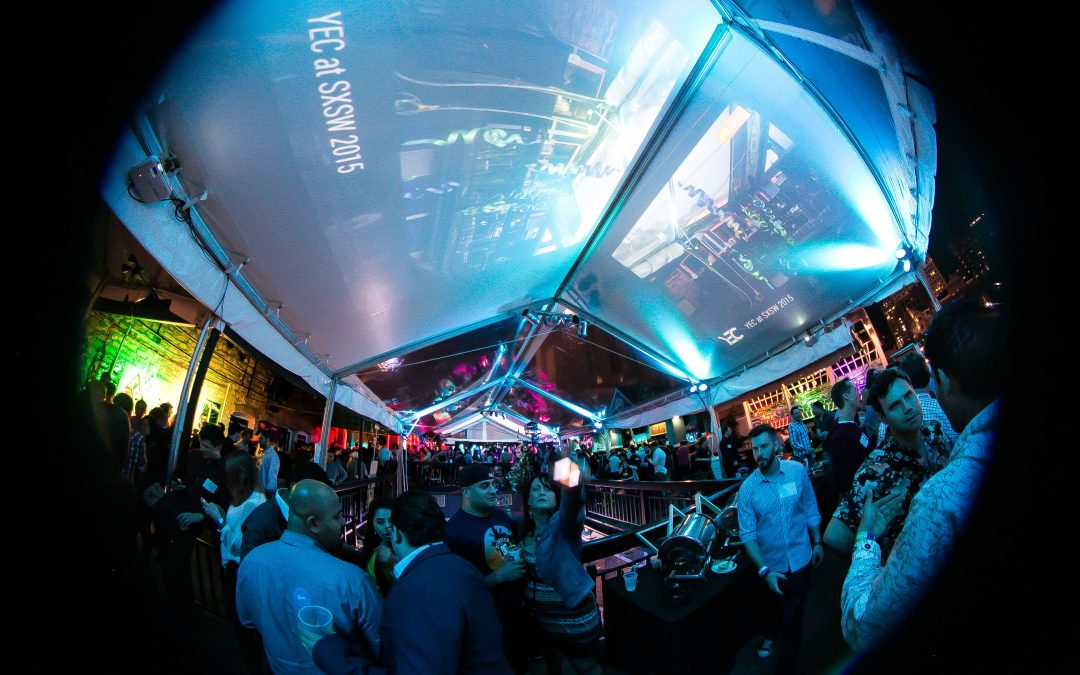